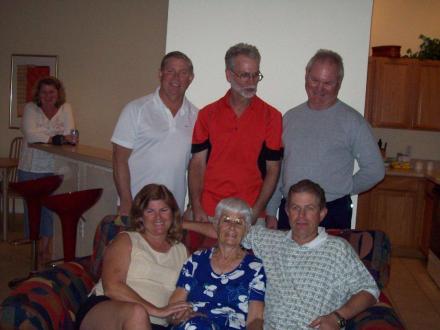 this seems like just the ticket, I will connect to postbot and review
after a while to determine functionality. great tools for the toolbox!

We’re big fans of photography here at WordPress.com, and we know that a lot of you are, too. Sometimes we’ll take a bunch of photos and want to post them, one at a time, spread over several days. Doing this manually is time-consuming and, let’s be honest, a little boring.

To help this situation we created Postbot, a photo scheduling app that allows you to quickly upload and schedule multiple photos.

Postbot will create a post for each photo and schedule it to appear at a certain time over a given number of days. This is the ideal way to share a lot of photos without having to manually create and schedule each one.

Postbot is a stand-alone application that works with your WordPress.com blog, and your Jetpack-powered WordPress.org blog. You can use it from your desktop or mobile browser.

is this from 4/1 or 4/21!(4/20) after effect! cant wait 2 C no snorting alcohol law stuck inside no distractive driving law, initiated by MADDD&BSG coalition outlawing any pretty woman or hunky dudes(tolerance and such) from ever being on a sidewalk or top down convertible. or even
some idiot 50% tax increase on all things smoking!! more tax base ,if also
all alcohol, firearms and byproducts of either. 50% increase for public and 90% for all elected officials. who else is the ATT&T in bed with?maybe the NRA lobbyists/Buttwipers Support Group(my apologies to the2 not from BSG that are infiltrators from the MADDD; Lipsmark Coalition) tax any firearms manufactured after 1900, retroactive to 1901, flat rate 1 million$ ea gun and & 100 million for each single ammo. NRA can have their civil war guns , just going to cost at least $101 million sales tax for 1 gun and 1 bullet to pay down debt for being self centered and socially retarded for 2 centuries . elected office healthcare plan to follow .Enjoy the day 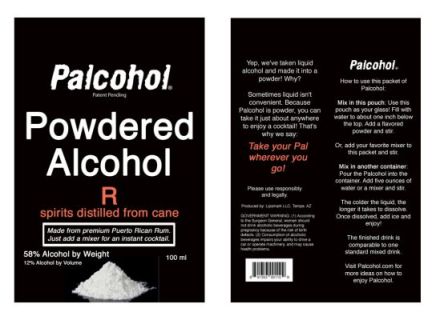 A federal agency that had originally approved a new powdered alcohol product reversed its position Monday.

The Alcohol and Tobacco Tax and Trade Bureau approved Palcohol’s powdered vodka, rum, and other cocktails “in error,” Tom Hogue, the agency’s director of congressional and public affairs, said in an email. The agency has not responded to any further questions.

The company that makes Palcohol — Tempe, Ariz.-based Lipsmark LLC — said that “there seemed to be a discrepancy [about] how much powder” is in the packets, which are meant to be mixed with water.

Lipsmark said that it will resubmit the product for approval.

A package of Palcohol weighs just an ounce, making it much more portable than a bottle or flask of liquor. Critics argue that the product is potentially dangerous.

The Palcohol website originally suggested that consumers bring it into college football stadiums and concerts. It also proposed adding the…

older newbie, thanks for your help getting me started, profile coming
along, next is build a relevant website, more reads, follows, likes, comments , learning craft if you decide to help and posts! thanks again.

What interests you? Cooking? Drawing? Photography? Fishing? Travel? No matter your hobby or passion, there is a community of people on WordPress.com who share your interests.

While many bloggers write purely for the love of it, it feels great when someone reads your post, clicks on the like button, and takes the time to comment thoughtfully. Tagging your posts helps people to find them in the Reader, increasing the chance that a new visitor stops by to check out your blog.

Tagging is one part art and one part science. Shane Francescut often…